Haulage companies in Nottingham say that cowboy truckers who tamper with their tacho devices in order to get around having to take the rest stops they are legally bound to take, is resulting in tired drivers who cause accidents and giving the industry a bad name.

That is certainly the viewpoint of Route4 Solutions, Managing Director, Mike Harris after it was revealed recently that Nottinghamshire Police have arrested and charged 22 drivers this year alone for vehicle tampering. 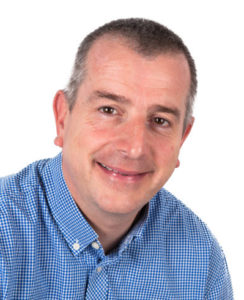 In his opinion, these cowboy truckers are using equipment to distort tachograph readings, which are designed to check if rest periods are taken. They are being tempted to do this due to the competitive nature of the industry and their greed to work more hours.

As most readers will know, the tachograph records driver and vehicle activities including driving, rest times, speed and motion to ensure that they are adhering to EU and UK law under the Transport Act.

These drivers are manipulating the tacho device to distort the mileage and driving time being recorded. The vehicle speed limiter has been de-activated, so no activity is recorded. Their tampering causes the speedometer to drop and remain at zero mimicking a rest stop. The result is that their heavy goods vehicle is still able travel at any speed and for any length of time – illegally!

EU rules on driving hours are that you must not drive more than nine hours in a day, which can be extended to 10 hours twice a week.

This behaviour however, is not only illegal, it is being heavily punished by the relevant authorities, due to the risk to life these drivers are potentially causing.

Most recently a cowboy trucker pleaded guilty to three offences of vehicle tampering and was sentenced to 30 days in prison. The Judge warned that cowboy truckers who tamper with devices designed to keep them safe could cause dozens of deaths on the roads. He added “There is clear mischief by committing these offences, and other road users and pedestrians are being placed at risk. You are an experienced driver, you know exactly why these regulations are in place – to minimise driver fatigue. I see at least three offences each week of lorry drivers who are stopped and caught flouting the law. There is a prevalence of these offences and a significant risk to the public where people continue to defeat the driver regulations. Legislation is there purely and simply to save lives.”

Sergeant Stephen Warren, from the East Midlands Operational Support Service Roads Policing Team, added: “Since January 2017 we’ve been running Operation Routine in partnership with the Driver and Vehicle Standards Agency and Highways England. This joint operation was launched to improve road safety within the HGV community.”

Route4 Solutions is firmly committed to stamping out these practices and encourages a safe working environment.

“We feel it is our responsibility to educate and reiterate the importance of the EU Driving Laws and that they are there to protect the driver as well as the general public .  We take a very dim view of cowboy truckers who try to cheat the system, as they ultimately place lives at risk and this is just not acceptable “

Route4 Solutions, Managing Director, Mike Harris has his say on how driver recruitment has changed the logistics industry over the past decade.